Explaining the Value of ECE to a Skeptic 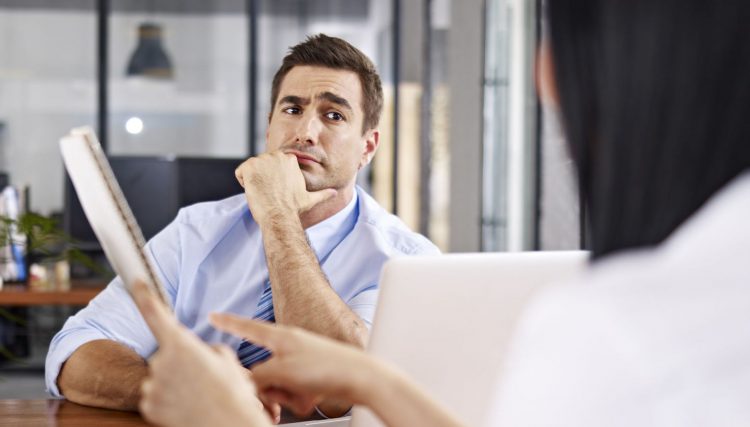 THE CASE FOR EARLY EDUCATION HAS NOT BEEN MADE (& HOW TO CHANGE THAT!)

Early educators could be excused for feeling a little frustrated these days. It really shouldn’t be this way, but they still feel like they have to constantly justify the value of early childhood education and cheer for others who do likewise.

Even as large amounts of federal money go into child care, that’s the motivation – child care, so guardians can work. There is not much mention of the value of spending a few hours in care of professional educators, help set them up to confident and curious lifetime learners.

Have you ever wondered why that is?  Why many articles with titles like this one, Why Early Learning Matters?  Really?  That’s a question that needs to be answered?  But, sadly, it’s not uncommon. Articles, speeches, Facebook posts, tweets, blog posts — constantly pleading for the value of early childhood education, highlighting positive outcomes, on and on.

You don’t see articles like this on the value of high school, or Why You Should Wear Seat Belts!. That’s because these cases have been made. The case for early education?

Frustratingly, not so much.

It goes deeper. Studies show parents tend to be loyal to their preschool, often regardless of quality!  Robin Lester of Childcare Aware in Washington State told us in an interview that most calls from parents looking for advice about child care providers ask about location and schedule, not quality or curriculum.

How’s that for skepticism about the ability of a good early childhood education to make a difference?

And so, yes. There are more skeptics than we care to imagine. And they are not just in conservative think tanks!

Here are some thoughts and links that might be helpful. You can send them out to your parents or use them to support a case for early education if you come across a skeptic.

If this were purely a scientific argument about the developing brain, it would have been settled long ago.

There is a ton of great research about the importance of the early years for brain development and learning. Tell your skeptic to visit Zero to Three or just Google neuroplasticity.

The skeptic might argue that it’s a waste of time teaching a child until they can start remembering things. Politely explain that the “knowledge is power” days are gone. Everyone has knowledge at their fingertips now, via Google.

These days, students need to be curious and creative, they need to be thinkers. Our future leaders need to be resilient learners, creative and confident.  Those skills take a long time to acquire, making it even more vital to start working on the foundations of learning in preschool.

Then there’s the fact that in states 20202 spent $9 billion on pre-K according to the NIEER annual report.  In addition, every state now has early learning guidelines.

Universal Pre-K and State Pre-K programs are springing up everywhere and 40+ states have rolled out quality rating programs, investing in the idea that quality child care is worth striving for.

This smart money mirrors what has already occurred in most OECD countries and represents confidence in the value of early childhood education.  It’s just good public policy, plain and simple.

The Data – Good and Bad News

Then there’s the data. But there is a problem. Proving the value of any educational intervention, including preschool, beyond the shadow of a doubt is tenuous. Definitive outcomes over a long period are notoriously hard to prove.

Just for clarity though, we are saying “hard to prove.” That’s not the same as “not true.”

The issue is the data can be manipulated and/or misconstrued.  Each child is so different — different smarts, home environment, school, personal story, personality. Furthermore, there are many outside contributors to a child’s life outcome that make it hard to draw conclusions. And that includes the value of early childhood education.

And there is the question of what to measure. What constitutes an appropriate education for a 5-year-old? Many educators will argue the answer is NOT on a literacy or numeracy scale – so-called “pre-academics” (See our interview with the folks at Hilltop on this debate).  Our friends at Hilltop and many others will argue against pre-academics, in favor of dispositions, learning habits like resiliency, cooperation and confidence.

Therefore, testing literacy skills of children who attended a play-based preschool could lead you to a wrong conclusion on the value of their preschool.

And so, frustratingly, while the premise seems self-evident — having professional educators stimulate young minds who are at their peak learning powers is a good idea — there is no slam dunk research.

Study results are all over the lot.

The current range of research conclusions on outcomes impacted by early childhood education goes from:

All the way to:

$7 return per $1 invested — Perry Preschool Project as per US Department of Education, 2013

The now infamous Vanderbilt study has plenty of detractors and its conclusions are out of step with most studies. Plus, it was a study of academic preschools, not necessarily representative of the early childhood education universe.

However, the Vanderbilt study receives a lot of coverage.  Just look any social media stream on the value of early education.  Someone will post a quote likes this nearby Twitter screenshot that came up in our feed recently.

There are many positive studies. Probably the best collection of resources is at The Heckman Equation — studies, FAQ and analyses of what good early education looks like.

There are studies on the impact on income inequality, and others that look the educational productivity of preschool, e.g., a 2013 Stamford University study found that children not attending any kind of pre-K lose the equivalent of 1,400 hours of early learning time.

However, you need to be careful.  When you visit sites like NEA (National Education Association), NIEER (National Institute for Early Education Research) and NAEYC (National Association for the Education of Young Children) you start to a pattern. A lot of white papers draw from either small studies or from the same two large studies done a while back — Headstart study in 2005 and the HighScope Perry study in 1967.  The inability to draw definitive longitudinal conclusions is hampering extensive research.

However as a body of work, these studies have meaning. So many draw the same conclusions. But for the skeptic, there’s always the Vanderbilt TN study and the fuzziness around all educational numbers.

And so finally, you might need to resort to stats.

Consider this 24/7 Wall Street summary of the 2017 edition of the Quality Counts report by Education Week. It makes a simple analysis, comparing the educational standing of the state to the participation of 3 and 4 year olds in early childhood education.

It should be no surprise. 7 of the 10 best performing K-12 systems were in states that were in the top 10 for preschool enrollment.

Can that really be a coincidence? Doesn’t that suggest strongly that the “smoke” of high preschool participation in states with strong K-12 outcomes suggests “fire” — that early childhood education works, it plays a role in the K-12 success story.

Why The Correlation to Preschool Enrollment Makes Sense

Rather, it is the correlation between the education rank and preschool participation, particularly in the high-ranking states. It is hard, of course, to prove true cause and effect here, but the results are strongly suggestive that either or both of:

Most educational scholars would agree with both of these statements. And in fact they might ask why these two statement are even the slightest bit controversial!

Will This Ever Be Settled?

Now, let’s be honest here. Part of the hesitation around early education stems from a sector history of inconsistent provider quality. This was a major issue a few years ago, and it has left its mark on parent attitudes.

As quality improves, the sector reputation will also improve.

Furthermore, the fact that early education is in the news so much these days says a lot. However, there’s still work to do. We all have a role to play.

Parents need to do the research. Insistence on quality providers will help raise standards and the sector reputation. And parents also need to understand that high quality will require paying a little more.

Governments need to continue to see the public good in early education, and help tip the scales to make child care more affordable.  For the most part, this means continuing in their current direction, and not succumbing to pressures to cut back early childhood spending.

Providers need more rigor in how they articulate their value add. Play is not just play. They need to connect the activities in the center to learning goals. If parents understand the full value of what goes on in your center, they will engage and have confidence in what you do. And they will be ambassadors for the value of early education.

Eventually common sense and the data will prevail. Consensus will develop and early education participation rates will climb.