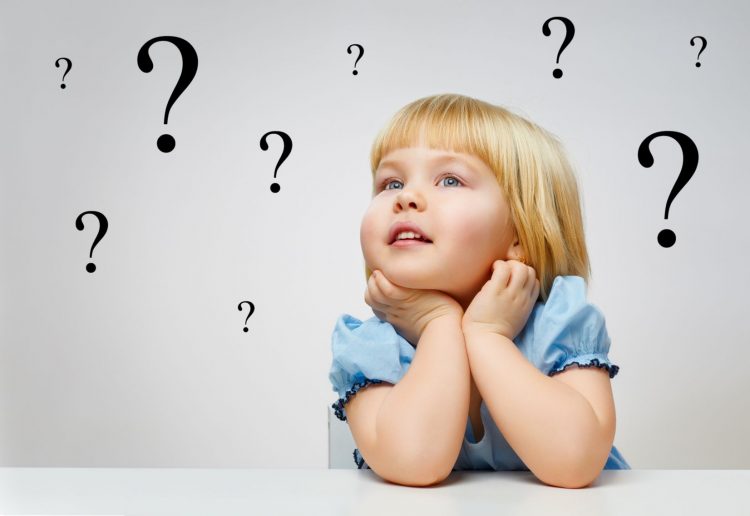 YALE PROFESSOR AND AUTHOR UPDATES US ON ISSUES IN HIS BOOK, THE PRE-K DEBATES

Walter Gilliam didn’t choose early childhood education as much as it chose him. The public school teacher couldn’t afford to get a master’s degree without financial assistance, so he applied to an educational psychology program that had two grants.

Today, Gilliam is an associate professor of child psychiatry and psychology and director of the Edward Zigler Center in Child Development and Social Policy at Yale University.

Co-editor of the book The Pre-K Debates: Current Controversies and Issues, Gilliam sat down with Educa recently to talk about policies regarding early childhood education and child care, ways to improve the quality of early childhood services, and the future of pre-K.

Educa: What was the impetus for you and Edward Zigler to collaborate on The Pre-K Debates?

Walter Gilliam: There are a lot of opinions on these issues. It’s not even two opposing opinions. It’s three or four. So, we get stymied for policy. The policy folks look to academics for ideas and solutions. Usually, what we tell them is: “On the one hand … On the other hand … ” By the time we’re done, they have less of an idea of what they should do. Ed had already published a book called The Head Start Debates, so we thought we should do something similar but much broader.

Educa: Is there still really a question about the value of pre-K? What research is the most persuasive?

WG: I don’t think it’s much of a pre-K question. It’s about philosophy and rhetoric and morality. Different people find different things persuasive. You have to have many ways to describe the value of early care and education.

Obviously, we’ve done a good job because there is a lot of interest in early childhood care and education. The problem is there is a proliferation of services, but they look like all kinds of different things. People are viewing this elephant from so many angles each person thinks it’s something totally different.

Educa: So what do you make of the research out of Vanderbilt University in Nashville, Tennessee, that found children who didn’t attend pre-K are doing a little better than the ones who participated in the state-funded preschool.

WG: You get surprising null findings from time to time. When people look, they’ll point to the fact that there was an awful lot of variability. Bad-quality programs don’t give good results. That’s how Dale [Farran, co-principal investigator of the evaluation project] has been interpreting her findings. The quality of the programs is so variable; it shouldn’t be surprising there weren’t consistent, strong findings.

Another reason for null findings is sometimes the methodology just isn’t good. When we do random control trials, if a child is randomized to the control group, which means you can’t go to this program, they just go down the street to another program. The control group isn’t a no-treatment control group. It’s treatment as usual.

So, the null findings could be not because the treatment didn’t work but because it didn’t work any different than the other programs in the community. My guess is there is a fair amount of that in the Vanderbilt study. Randomly controlled trials are clean to run if you’re studying rodents or things that live in petri dishes. But if you’re studying people, it’s not as easy as it sounds.

Educa: What do you make of position of House Speaker Paul Ryan that subsidizing child care will lead to more parents working — the implication being the best teacher is the parent?

WG: That’s like saying if we offer tetanus shots, more children will jump on nails. There isn’t anybody who decides they want to work outside of the home because childcare is available. I do think, though, that high-quality preschool programs have known that you can’t provide high-quality programs without going through the parents. The parents are indeed the child’s first teacher. Preschools partner with parents; they don’t take the place of parents.

Educa: Is the low participation in preschool in the U.S. due to lack of parent appreciation of the value of preschool, a lack of respect for the quality of preschools or something else?

WG: There are a lot of ways to look at participation. What percentage of the kids get to go to a program? Of the slots available in the community, how many are filled? Typically, that number is pretty darn close to 100 percent. When a program is made available, it fills up. The question is do we have enough programs to meet the need. The answer is in some communities yes and some communities clearly no.

Educa: What are your thoughts on the QRIS movement? Is it the best way to raise quality?

WG: I applaud the idea behind it. I think that in some cases we haven’t quite figured out how to measure quality in a way that relates to how much children are learning. We’re looking at things that are easy to measure but not where the magic is. I used to believe we measure the things we value, but now I think it’s the other way around: We value the things we measure. Some things are easy to measure, and they become valued and important, but whether they truly matter is another question.

So, what would we do instead? Nobody wants our programs not to be effective. If we didn’t measure the quality of the program, we’d be measuring something else instead: How much to do the children learn? Which means we’d have to be giving 3- and 4-year-old tests. And people already complain about too many tests.

In other places, it’s quite different. Teachers seem to know more about the curriculum than they do about the humans in their room. How do you fix that? How do you use policy to help get teachers not to be so focused on policies? That’s a hard one. In the end, the teachers who are most effective form real human connection with the kids and their families. The families come in their trusting the teacher.

Educa: Can you talk about the role of parents? Is there too much of a hands-off approach from parents, not the parent as part of the teaching team you see in other countries? What can we do to move the needle there?

WG: I’d love to see teacher prep programs focus on how to talk to parents. As a former public school teacher, I never had any course work on what to say to a parent. How do you talk to them? Do they have any role in what you’re doing? We know parent involvement is important, but how is it we spend zero time on how to foster it?

School is such an unwelcoming place to a lot of parents. Many of our kids who struggle the most, their parents did, too. Compare those parents to teachers: Teachers are people who had a such a great time in school that they couldn’t wait to get back. And then we need these two groups to talk together? And we give neither side guidance on how to relate to one another? How do you emphasize the fact that you do share something in common: You care about this child.

Educa: What are your best ideas for managing the necessary improvements in staff education as centers move from a day care mindset to preschool mindset while still keeping staff costs affordable, given the already high expense of child care?

We need to have more opportunities for our pre-K teachers and Head Start teachers to be in interacting with child care providers. The more we do that, the more we professionalize early childhood education providers. As long as the training is siloed, the missions become siloed, too. We need to get people in the same room and seeing one another as collaborators.

Educa: What are the trends in pre-K?

WG: There is the continuing trend of needing to blend funding. But that’s nothing new. People are just getting better at it. The best programs have funding that comes from a variety of sources. They blend it and braid it in ways that are creative.

As a result, they tend to be higher quality. It’s sad that sometimes for us to do good by our kids, we have to see it as doing good for adults. But I’m not going to be so saddened by it that I’m not going to use it if it’s going to help children.

Educa: Where is pre-K heading? In five years, what changes will we look back on as the big recent themes in pre-K?

WG: This is the hardest question you’ve asked. To answer it needs one to prognosticate where the future is going. Right now, there is a lot of stuff in flux in this country. One of the biggest uncertainties is early childhood education. It’s perennial. It’s going to remain there.

You can’t get very far on employment unless you think about who’s going to take care of kids. You can’t get far on defense unless you think of who is going to take care of the soldiers’ kids. If we end up in another war, child care is going to be responsive to it. If we end up with massive deportations, that’s going to have a massive effect on child care. Trying to predict what we’re struggling with in five years is so hard because no matter where you drop the pebble in the pool, it’s going to ripple there, too.

We’ll have a free market, so it’s up to you to make sure it’s the right quality. I don’t think that’s going to work very well because you don’t make a lot of money in child care. I don’t know of any tycoon in America who says, “I made my first million in the child care industry.”

If you deregulate it and have no protections for a minimum level of quality, it’s not going to work well. The consumer has to be able to make a choice. That can only happen if there is an abundance of options. If there are barely enough options to go around, you have to take what you can find. If you don’t get a choice, then choice can’t drive up quality.

My worry is the direction we could be heading in is where quality levels go down in ways that impact children. I’m trying to find ways to make it less likely that that’s going to happen.